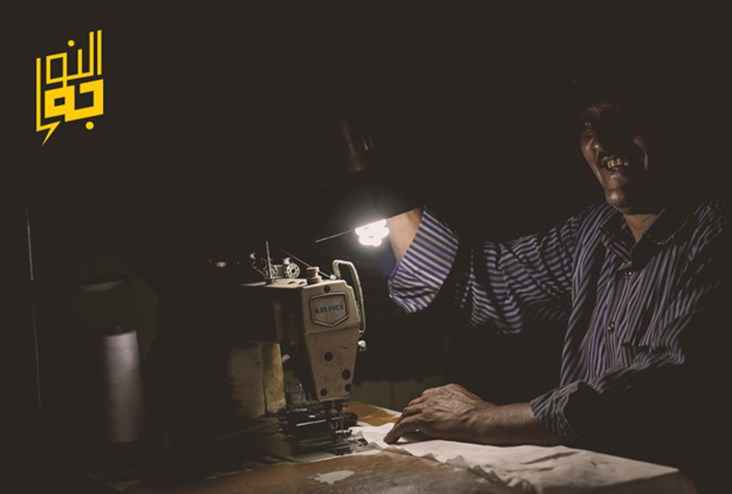 In the wake of an increase in power cuts that has been plaguing Egypt of late, three young entrepreneurs concocted El Noor Geh, an online blog-cum-store focused on electrical energy and supplies.

With the country’s already deteriorating power grid failing to keep up with an ever growing demand, El Noor Geh seeks to educate citizens on ways to reduce their energy consumption. The immediate benefit is that they would incur less electricity expenses; in turn, the overall demand would decrease, which would ultimately result in fewer power cuts.

El noor geh is a colloquial Egyptian expression that means “the power is back on.”

Essam Maged and Moustapha Khouly founded the service in November 2014, and were lately joined by Ahmed Moghazy. The latter had been in the picture since the project’s inception but didn’t formally join the endeavor until January 2016. He currently leads the site’s content effort, handling the bulk of the writing and the push for community contributions.

Moghazy tells me that the founders had identified a gap in the clean tech market; namely, that producers and consumers simply “spoke different languages.” This is a prime concern for El Noor Geh. The service’s blog draws on local pop culture to bridge that gap, using local humour and stereotypical characters (such as Aam Hanafi - عم حنفي the electrician for instance) to deliver their information.

"Humour does really work," explained Moghazy. The website's performance has dramatically improved since they recalibrated their tone and offered more accessible content, so to speak. Users spend on average two and a half minute on a post. The bounce rate has also dropped.

El Noor Geh’s website offers users 3 different calculators to help them control their energy consumption. The first, a bill calculator, helps users determine their electricity bill ahead of time. Simply inputting the current meter reading and that of the previous month will return the due cost.

The time-based calculator, on the other hand, helps users estimate how much a certain device is likely to consume. Here, users get to pick the device in question from a dropdown list that includes some 25+ common everyday devices, such as TVs, curling irons, WiFi routers, and so on. They also indicate the number of hours and days when the device would be in use, the average monthly bill, which would be used to adjust for incremental pricing, and the system returns an estimate of the cost.

Finally, the generator calculator is meant to help individuals figure out what size generator they might need to buy by adding up the wattages of the devices they intend to run on the generator - alternatively, voltage and amperage would also do.

Can Saving on Electricity Bills Save El Noor Geh?

El Noor Geh’s site also includes an online store that proposes energy-efficient appliances. Right now, you can find a selection of energy-saving and LED light bulbs for sale there.  The section was recently revamped to include filters that help narrow down their search based on set criteria. El Noor Geh delivers these products for a small fee to users in Cairo.

Apart from this small product selection, El Noor Geh currently offers all of its services for free. Their immediate focus is on building their community and fanbase. The energy crisis doesn’t look to be letting up anytime soon. The government recently announced a plan to cut electricity subsidies gradually until they are entirely gone by 2019.

El Noor Geh’s offering isn’t exclusively dependent on the crisis, though. Eco friendly tech is luring enough in itself to warrant such platform. Future revenue streams would primarily center around deals with suppliers. Ads are also an option, provided that the site amasses considerable traffic.

Nor is the energy crisis confined to Egypt. Which then begs the question, will we see El Noor Geh outside of Egypt anytime soon?

The team hasn’t ruled it out in principle. They will not rush it though. The heart of their service is the attention to the culture of their audience. If they were to expand and replicate their formula abroad, creating culture-specific content and feel would be of paramount importance.