Arabnet, in collaboration with the Konrad Adenauer Foundation, recently released an assessment and recommendations report on the state of the innovation ecosystem in Lebanon.

Based on quantitative startup survey and one-on-one interviews with key ecosystem enablers – including VCs, business incubators, co-working spaces, internet service providers, banks, and NGOs – the report examined the severity of the impact of the financial crisis (August 2019; ongoing), Covid-19 pandemic (2020; ongoing), and the Beirut port explosion (August 2020), on Lebanese startups as well as the wider innovation ecosystem and was able assess the impact of the crises across 5 key dimensions: talent, access to capital, access to markets, infrastructure and operations, as well as regulation and government.

This series of articles will examine each dimension separately, starting with talent, highlight opportunities, and conclude with recommendations gleaned from our survey and interviews.

Despite some limited, and arguably short-term cost-saving benefits, namely cheap, low-level employment, the impact of the crisis on talent retention has been generally negative – in the survey, talent drain ranked high (#3) on the list of factors that are most detrimental to business; with the exception of VCs, issues with talent retention and acquisition have been widely reported as significant pain points by ecosystem enablers as well. 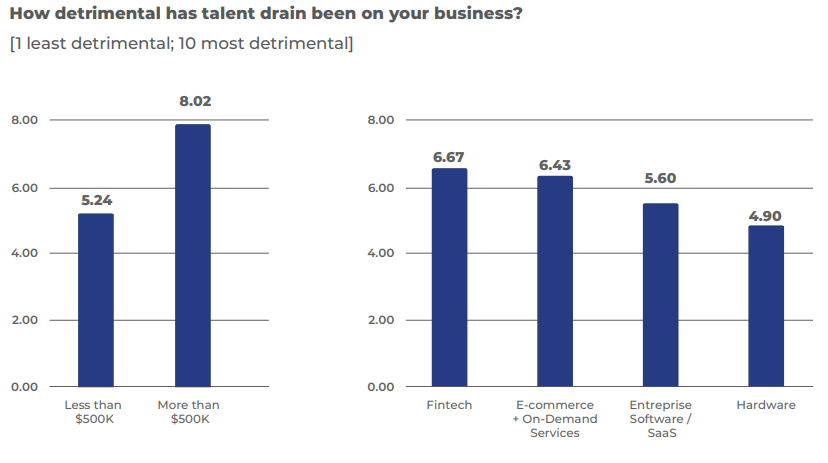 The supply of technology related skills in particular – development and coding, as well as specialized tech skills, such as data, analytics, and AI – and marketing, displayed the biggest drops in the report.


The shortage of development and coding skills was particularly pronounced for companies that develop enterprise software or SaaS services as well as e-commerce companies. The latter is also particularly affected by the shortage of marketing talent. 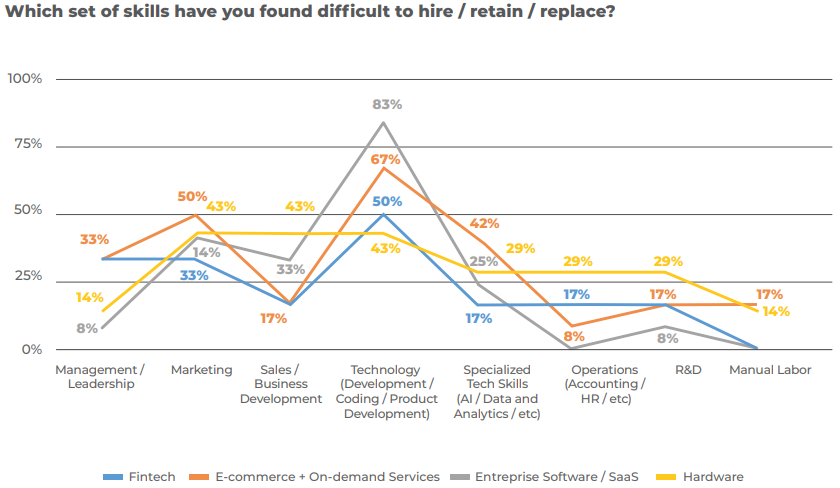 The drivers for talent drain were varied, with the pursuit of safer and better living conditions being the prime motivator for talent exodus. According to the surveyed startups, the search for security and safety and better living standards were the two top-cited reasons (63% and 60.9% respectively), followed by the pursuit of better financial opportunities abroad (58.7%).


Not surprisingly, several interviewees had noted that the biggest challenge related to talent was keeping employee morale and commitment up.


Poaching by foreign companies was also mentioned as a reason for the shrinking talent pool available to local companies, namely due to the former’s ability to pay in US dollars.

Cheap labor and talent were the second most commonly cited opportunity arising from the crisis in the survey. Foreign companies have already opened offices in Lebanon to take advantage of the availability of cheaper labor according to the report, which singled out digital marketing as an area of interest to companies looking to outsource, owing to the availability of qualified creative talent. 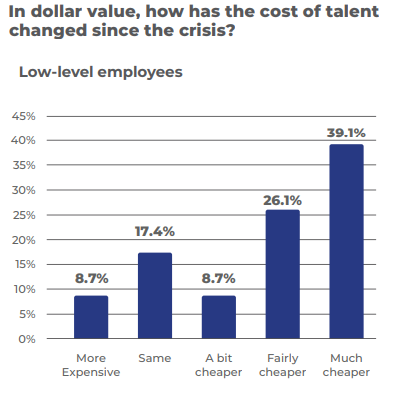 Cheap labor, particularly low-level employees, has also helped to create a comparative cost advantage for local startups, particularly those that focus on exporting.