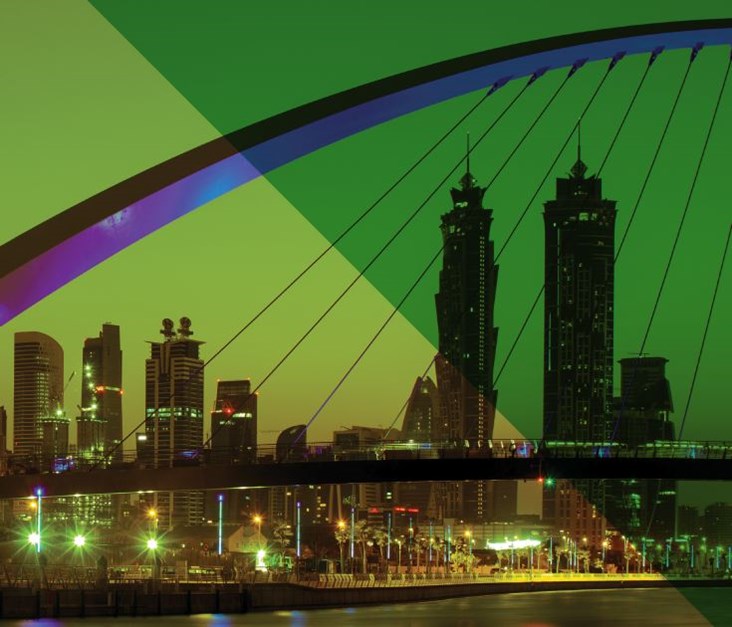 For the fourth consecutive year, and with partnership with SME Dubai, Arabnet launched the 4th edition of “The State of Digital investments” report on June 13th, during Arabnet X in Beirut.


The report offers an in-depth look at the investments made by MENA-based investors into MENA-based startups in the last six years. The analysis is based on data collected directly from 59 investors and accelerators across the MENA region, specifically in the United Arab Emirates, Saudi Arabia, Lebanon, Kuwait, Jordan, Oman, Egypt, Bahrain, Morocco, Tunisia, Palestine, and Yemen. The report also aggregates information from publicly available sources, and analyses 1,423 regional investments that represent equity-based investments only, totaling $3.2 billion.


The State of Investors


When it comes to the investors’ distribution across the MENA region, countries like the UAE, Lebanon, and Egypt dominate in the GCC, the Levant, and North Africa respectively. Between 2012 and 2018, the compound growth rate of the number of tech investors in the MENA is 25%.


The distribution of investors by ticket size across markets mirrors the maturity level of the investor community per country. With the exception of Kuwait, early stage funds are the most prevalent across countries, representing around half of the investor community. On the other hand, growth capital witnessed a respective drop of 30% and 12.5% over the past six years, creating a possible market opportunity.


Over the past three years, the ecosystem has witnessed a proliferation of accelerators, with initiatives led by the World Bank, and the American seed accelerator Techstars. Increased corporate appetite and interest are also evident with the rise of corporate investors that are working on advancing their digitization process by supporting tech-focused solutions.

The State of Investments 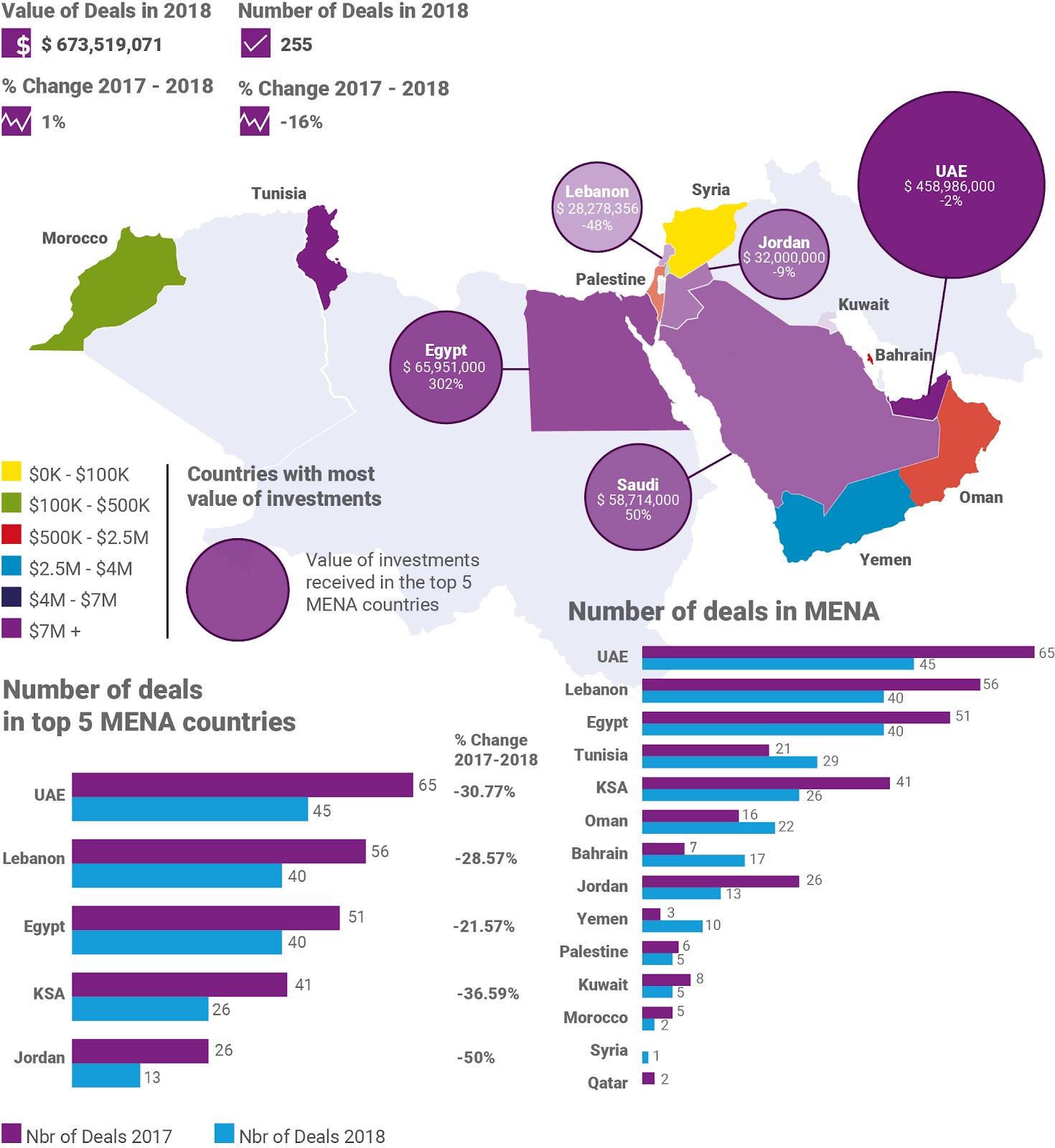 In 2018, 255 deals took place valued at $670 million. While the report examines investments by number, ticket size, and year in 15 countries, it takes a closer look at the top 5 countries: UAE, Egypt, Lebanon, Saudi Arabia, and Jordan.


While lebanon ranks second in number of deals in 2017 and 2018, its ranking dropped from second to fifth place in 2018 in terms of value of deals, three spots from its previous ranking at number 2 in 2017.


This pattern of contrast in ranking when comparing numbers and values of deals is very apparent in countries like Kuwait, Jordan, and Oman. 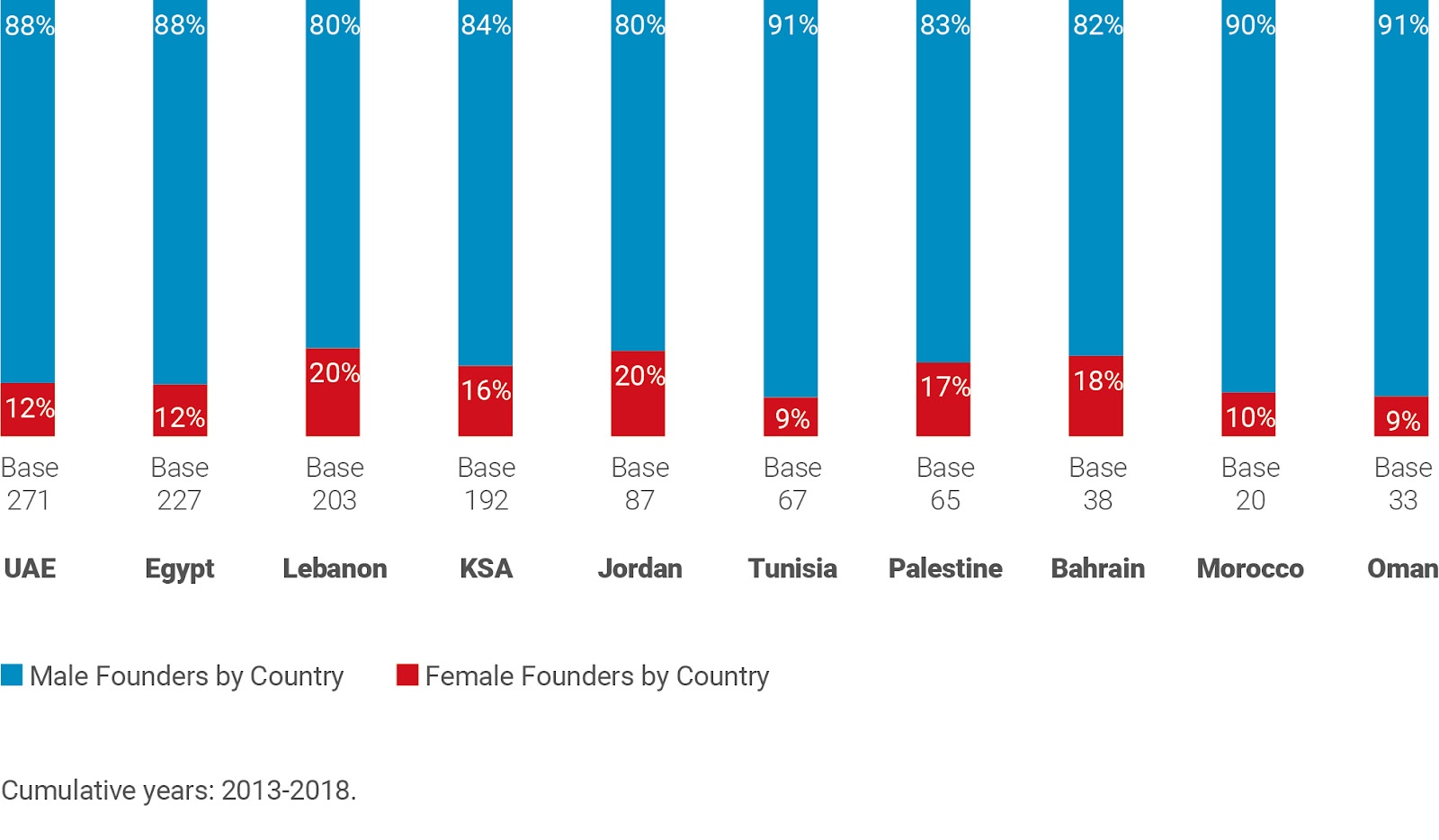 The report dedicates a section to examine the female participation in the ecosystem. According to the report, the proportion of female founders across the region remains at a low of 14% over the years despite the governments’ efforts for more female involvement in the labor force. The Levant, specifically Lebanon and Jordan, continue to exhibit the highest female participation at 20%, compared to North Africa, where countries like Tunisia and Morocco reveal the lowest percentage of female participation, with 9% and 10% respectively.


Gender diversity is gaining more interest in tech. In 2018, investments in team with at least one female founder makes up 25% of all deals. (The report suggests) Awareness campaigns and initiatives led by the private and the public sector could decrease the gap between male and female founders by tackling social and cultural factors affecting female representation in startups.

The report analyzes startups founded in the past five years and assesses their operational status. According to the report, only 14% of all startups in the MENA funded in the past six years have shuttered. This low failure rate is attributed to several factors, mainly the nascent nature of the ecosystem, where the volume of deals increasing from 2015 to 2017.

Looking deeper into operational startups by year starting with 2013, several patterns could be drawn. Generally, closure rate after the first round of funding hover between 20% and 30%. Furthermore, in 2015, startups were able to reach new growth levels achieving six rounds of funding, indicating a maturing ecosystem. 2015 and 2016 stand out it terms of number of startups in the first round, with 152 and 169 startups respectively.

Click here to watch the report presentation and launch at ABX.