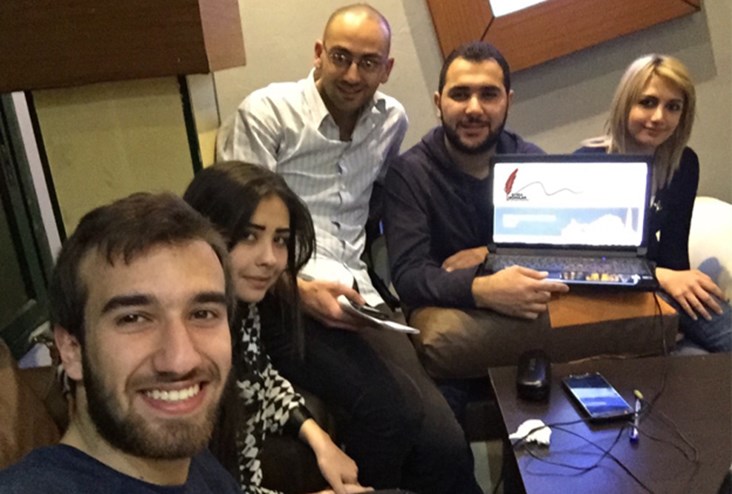 Picture a young person with dreams of becoming a doctor. This future medical practitioner could one day fill a gap in an emerging market’s healthcare system, not only saving lives but also training others to do so.

Now imagine what would happen if a war forced the medical school to shut down, or drove professors to flee the country. The longer the war would drag on, the less chances medical students would have of completing their studies or getting quality training. In the aftermath of the war, the healthcare sector in that country would be severely hamstrung in a time of acute crisis.

To remedy this situation, brothers Kinan and Louwai Muhammed – both Syrian students completing their medical studies in London – developed and launched SyriaScholar in April 2015. This online education platform connects academics from the UK with medical students in Syria to help them get the best education possible, regardless of background or belief.

“The students we are teaching are the next healthcare providers for the country and we want to do what we can to help rebuild it,” said Kinan.

The brothers conceived this solution when they saw how Syria's educational infrastructure had become massively overstretched during the ongoing conflict. The country is experiencing a shortage of resources and staff to deliver adequate small-group teaching sessions. Medical students in particular are suffering from the lack of opportunities to clarify points and discuss techniques with tutors.

Through SyriaScholar, Kinan and Louwai have given nearly 60 student hours of teaching so far, covering multiple locations and medical schools in Syria. Topics have ranged from practical skills such as interpretation of ECG and chest x-rays, management of acute heart attacks, emergency medicine and specialty teaching including clinical neurology.

“Our last two tutorials were delivered to 10 different geographical locations in Syria simultaneously from 2 different locations in the UK,” said Louwai.

Other doctors have started to notice the platform and have expressed interest in contributing additional tutorials in different specialties. “We are also considering ways in which we might be able to set up quality improvement and research work with the students in hospitals across Syria,” the brothers told ArabNet.

Kinan and Louwai hope that the students of SyriaScholar would not only be able to help patients better, but would also replicate this “guerrilla medical school”, teaching others via the platform or in other ways.

Check out this animated explainer video to find out more about hoe SyriaScholar works:

From Goodwill Initiative to Global Startup?

SyriaScholar was officially launched on April 3, 2015, when Kinan and Louwai gave their first live tutorial to a group of medical students gathered around a laptop in an internet cafe in Syria.

In addition to the content of the tutorials, Kinan and Louwai created the frontend of the platform – including the functionality needed to coordinate and book tutorials – themselves. The backend is run entirely through open source conferencing software, with a platform for video-conferencing enabling two-way tutorials.

The two faced some challenges in terms of time management, since both of them were heavily invested in full-time clinical and research work, so they had to work during their spare time in weekends or in between shifts.

Students in Syria help with the “marketing” by spreading the word in their networks and gathering friends together so that more individuals can benefit from tutorials. For the moment, it is the students who choose the topics of the courses, while Kinan and Louwai try to provide the required content as best they can.

The entire initiative is run as a goodwill project, with the co-founders self-funding all the work. Hosting for the backend was provided by www.inet.sy who donated their time and expertise in maintaining the site’s functionality.

The brothers insist that SyriaScholar should always remain free to students in Syria. Doctors who join the platform to provide additional tutorials would do so pro bono.

In June 2015, the platform was awarded The OxTALENT prize for outreach and public engagement from the University of Oxford. The interest and traction that SyriaScholar has attracted so far has encouraged the co-founders to consider exporting this model to other countries in need of such a service. To that end, they have established an umbrella organization called Scholar International (www.scholar.international), which would allow the model to be deployed to other countries in the future.

Kinan and Louay haven’t applied for any funding yet, but they are carefully studying their options while they work on enhancing their service.