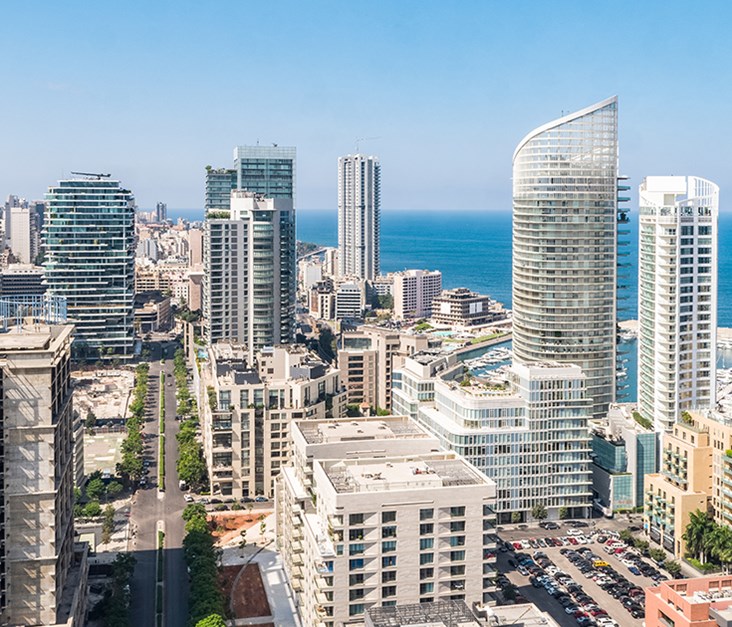 For the 4th year in a row, the UK Lebanon Tech Hub (UKLTH) in partnership with the British Embassy in Beirut, revealed the findings of the Global Entrepreneurship Monitor (GEM) 2018 report for Lebanon, the world’s foremost study of entrepreneurship, with Lebanon ranking the highest in Total early-stage Entrepreneurial Activity (TEA) in the MENA region and 4th out of 48 countries globally.

The launch event took place at Sursock Museum on the 14th of March, where British Ambassador to Lebanon Chris Rampling and UKLTH’s Chairman H.E. Nicolas Sehnaoui addressed an audience that included representatives from the British Embassy, high-level academics, financial institutions, entrepreneurs as well as senior representatives from GEM global.

H.E Chris Rampling shed light in his speech on the high entrepreneurial spirit in Lebanon saying: “Everywhere I go - from the Bekaa to Beirut Digital District and from meeting Lebanese high-fliers in London to diaspora all across the Gulf - I see the exemplified Lebanese entrepreneurial spirit. As a proud co-founder of the UK Lebanon Tech Hub, in partnership with Banque Du Liban, the British Embassy is committed to supporting the Hub and Lebanon’s entrepreneurs reach their potential as catalysts for job creation and productive growth this country’s citizens deserve”.

The event titled ‘An Ecosystem in the Making’ celebrated the culture of entrepreneurship in Lebanon not only by presenting the key findings and recommendations proposed in the report, but also by triggering discussions around the drivers of starting businesses in addition to women’s contribution and challenges in the entrepreneurship world.

The GEM report, authored by Stephen Hill, is an international collaborative research program designed to measure levels of entrepreneurship using consistent definitions and survey methods that allow for meaningful comparisons between countries, and over the years.

The report is made up of 2 surveys: The Adult Population Survey (APS) that sampled 2000 random adults from all over Lebanon and the National Expert Survey (NES) with 36 Lebanese experts from the entrepreneurial ecosystem.

UKLTH’s Chairman H.E. Nicolas Sehanoui, stressed during his speech on the importance of the data that the report presents yearly, in shaping initiatives for better entrepreneurial performance, saying “We are enablers. We don’t pull miracles. We help support entrepreneurs and their companies do that. Like them, we are a startup. We learn from our mistakes and build on our experiences. Relying on facts and learnings that show us how we compare to others who are trying to do the same. This is exactly what GEM is about and this is why we do it with the gracious support of the British Embassy”.

It is worth shedding light on several key findings in the report that took the audience by surprise, one of which is that Lebanon ranked 1st for established business ownership in the MENA region. Moreover, nearly two-thirds of those starting or running a new business in Lebanon in 2018 claimed to be seizing a business opportunity, with just one third claiming to be driven by necessity.

On regional level, each of Egypt, KSA, Morocco, the UAE and Qatar had less than 1 in 20 adults running an established business. Secondly, more than 1 in 6 women in Lebanon were starting or running a new business, 1 in 10 women in UAE and 1 in 20 in Egypt. Lebanon is by far the highest level of women-led startups out of the 8 MENA countries participating in GEM 2018.

This very high level of entrepreneurship reflects positive factors in Lebanon such as an open and supportive culture and adequately available startup funds. Ranking 4th place in TEA is an achievement worth praising. However, the components of the entrepreneurial ecosystem still vary considerably in terms of their effectiveness, with little in the way of government policy support and with major obstacles to the market entry of new businesses.

Lebanon is undoubtedly entrepreneurial- but consecutive years of high levels of TEA have not yet led to a blossoming of employment opportunities or significant growth in real incomes. It is hard to avoid the conclusion that the impact of new businesses being started in Lebanon is not being translated into economic growth and job opportunities in the country. At the same time, there are a growing number of high-technology startups encouraged and enabled by financial institutions with considerable potential for economic impact in terms of jobs and incomes.

Multiple recommendations were proposed in the report. These recommendations derived from the findings and conclusions focused on expanding support for sector focused initiatives, reducing the complexity of registering and running businesses, proposing fiscal incentives for employment, and a national plan for university R&D.

Following the launch event, The Tech Hub ran a closed roundtable as part of improving the business environment and fostering innovation initiative at the presidency of the council of ministers with the international community and public bodies; aiming at introducing these recommendations to be elaborated and discussed in order to propose actionable steps to be taken to enhance the prosperity of the country’s entrepreneurial ecosystem. UKLTH thanked the Minister of State for IT and Investments Adel Afiouni and the prime minister’s office for participating in the discussion and supporting the initiative as a whole.